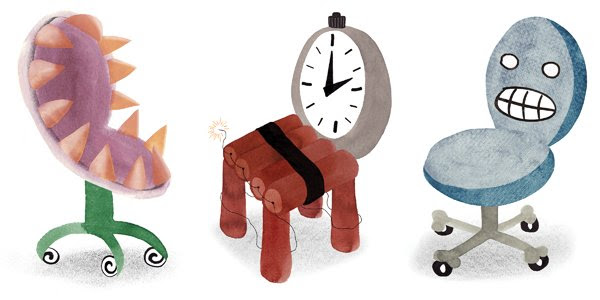 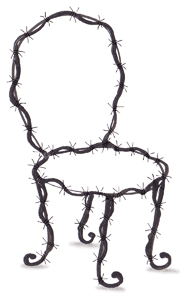 We all know by now that being inactive is unhealthy. But far too many of us think that being inactive is something that happens to other people.
Studies of daily movement patterns, though, show that your typical modern exerciser, even someone who runs, subsequently sits for hours afterward, often moving less over all than on days when he or she does not work out.
The health consequences are swift, pervasive and punishing. In a noteworthy recent experiment conducted by scientists at the University of Massachusetts and other institutions, a group of healthy young men donned a clunky platform shoe with a 4-inch heel on their right foot, leaving the left leg to dangle above the ground. For two days, the men hopped about using crutches (and presumably gained some respect for those people who regularly toddle about in platform heels). Each man’s left leg never touched the ground. Its muscles didn’t contract. It was fully sedentary.
After two days, the scientists biopsied muscles in both legs and found multiple genes now being expressed differently in each man’s two legs. Gene activity in the left leg suggested that DNA repair mechanisms had been disrupted, insulin response was dropping, oxidative stress was rising, and metabolic activity within individual muscle cells was slowing after only 48 hours of inactivity.
In similar experiments with lab animals, casts have been placed on their back legs, after which the animals rapidly developed noxious cellular changes throughout their bodies, and not merely in the immobilized muscles. In particular, they produced substantially less of an enzyme that dissolves fat in the bloodstream. As a result, in animals and humans, fat can accumulate and migrate to the heart or liver, potentially leading to cardiac disease and diabetes.
To see the results of such inactivity, scientists with the National Cancer Institute spent eight years following almost 250,000 American adults. The participants answered detailed questions about how much time they spent commuting, watching TV, sitting before a computer and exercising, as well as about their general health. At the start of the study, none suffered from heart disease, cancer or diabetes.
But after eight years, many were ill and quite a few had died. The sick and deceased were also in most cases sedentary. Those who watched TV for seven or more hours a day proved to have a much higher risk of premature death than those who sat in front of the television less often. (Television viewing is a widely used measure of sedentary time.)
Exercise only slightly lessened the health risks of sitting. People in the study who exercised for seven hours or more a week but spent at least seven hours a day in front of the television were more likely to die prematurely than the small group who worked out seven hours a week and watched less than an hour of TV a day.
If those numbers seem abstract, consider a blunt new Australian study. In it, researchers determined that watching an hour of television can snip 22 minutes from someone’s life. If an average man watched no TV in his adult life, the authors concluded, his life span might be 1.8 years longer, and a TV-less woman might live for a year and half longer than otherwise.
So I canceled our cable, leaving my 14-year-old son staggered. I’d deprived him of his favorite shows on The Food Network, a channel that, combined with sitting, explains much about the American waistline. (Thankfully, my son is blessed with his father’s lanky, string-bean physique.)
I also conduct more of my daily business upright. In an inspiring study being published next month in Diabetes Care, scientists at the Baker IDI Heart and Diabetes Institute in Melbourne, Australia, had 19 adults sit completely still for seven hours or, on a separate day, rise every 20 minutes and walk leisurely on a treadmill (handily situated next to their chairs) for two minutes. On another day, they had the volunteers jog gently during their two-minute breaks.
When the volunteers remained stationary for the full seven hours, their blood sugar spiked and insulin levels were out of whack. But when they broke up the hours with movement, even that short two-minute stroll, their blood sugar levels remained stable. Interestingly, the jogging didn’t improve blood sugar regulation any more than standing and walking did. What was important, the scientists concluded, was simply breaking up the long, interminable hours of sitting.
Equally beguiling, at least for me, since I’m shallow, were results from experiments at the University of Massachusetts showing that when volunteers stood all day — nothing else; no walking or jogging; just standing — they burned hundreds more calories than when they sat for the same period of time.
So every 20 minutes or so, I now rise. I don’t have a desk treadmill; my office is too small, and my budget too slim. But I prop my papers on a music stand and read standing up. I prowl my office while I talk on the phone. (I also stand on one foot when I brush my teeth at night, which has little to do with reducing inactivity but may be one of the more transformative actions I’ve picked up from researching fitness. My balance and physical confidence have improved, and my husband is consistently amused, which is not a bad foundation for marital health.)
I run for three or four miles most days, too, and grunt through 20 push-ups most mornings. There are health and fitness benefits from endurance and weight training that standing up can’t match. In particular, aerobic workouts have been shown to improve brainpower, and I shudder to imagine the state of my memory if I didn’t run. But I’m not planning any marathons (been there, done that, walked down stairs backward for days). I want foundational health. I want my insulin levels in check and my fat-fighting enzymes robust. I have plans for those extra 18 months of life span that not sitting might provide.
Posted by maggie@yogaplus at 8:33 PM No comments: 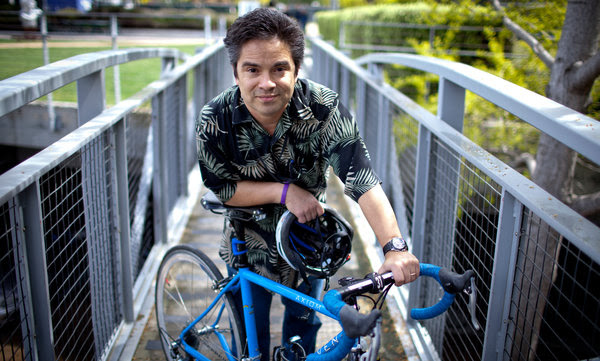 Peter DaSilva for The New York Times
Expectations of intensity — all while having fun — are found throughout the Googleplex. Blaise Pabon, an engineer, uses a bicycle to dart among the company's buildings. More Photos »

At Google, a Moment to Pause

MAYBE it’s no surprise that a yellow-brick road winds through the Googleplex.
Step onto Google’s campus here — with its indoor treehouse, volleyball court, apiaries, heated toilet seats and, yes, Oz-style road — and you might think you’ve just sailed over the rainbow.
But all the toys and perks belie the frenetic pace here, and many employees acknowledge that life at Google can be hard on fragile egos.
Sure, the amenities are seductive, says Blaise Pabon, an enterprise sales engineer, but “when you get to a place like this, it can tear you apart” if you don’t find a way to handle the hard-driving culture.
Employees coming from fast-paced fields, already accustomed to demanding bosses and long hours, say Google pushes them to produce at a pace even faster than they could have imagined. Google’s co-founder and chief executive, Larry Page, recently promised on the company Web site to maintain “a healthy disregard for the impossible.”
Little wonder, then, that among the hundreds of free classes that Google offers to employees here, one of the most popular is called S.I.Y., for “Search Inside Yourself.” It is the brainchild of Chade-Meng Tan, 41, a tall, thin, soft-spoken engineer who arrived at Google in 2000 as Employee No. 107.
Think of S.I.Y. as the Zen of Google. Mr. Tan dreamed up the course and refined it with the help of nine experts in the use of mindfulness at work. And in a time when Google has come under new scrutiny from European and United States regulators over privacy and other issues, a class in mindfulness might be a very good thing.
The class has three steps: attention training, self-knowledge and self-mastery, and the creation of useful mental habits.
If it sounds a bit touchy-feely, consider this: More than 1,000 Google employees have taken the class, and there’s a waiting list of 30 when it’s offered, four times a year. The class accepts 60 people and runs seven weeks.
Richard Fernandez, director of executive development and a psychologist by training, says he sees a significant difference in his work behavior since taking the class. “I’m definitely much more resilient as a leader,” he says. “I listen more carefully and with less reactivity in high-stakes meetings. I work with a lot of senior executives who can be very demanding, but that doesn’t faze me anymore. It’s almost an emotional and mental bank account. I’ve now got much more of a buffer there.”
Mr. Tan says the course has received good reviews. “In anonymous surveys, on average, participants rated it around 4.75 out of 5,” he says. “Awareness is spread almost entirely by word-of-mouth by alumni, and that alone already created more demand than we can currently serve.”
Mr. Tan’s first book, “Search Inside Yourself: The Unexpected Path to Achieving Success, Happiness (and World Peace),” is out this month, with a foreword by his friend and S.I.Y. collaborator Daniel Goleman, author of “Emotional Intelligence.” In addition to its United States publication by HarperOne, the book is to be published in 17 markets worldwide, from South Korea to Brazil to Slovenia.
“As technology pushes us faster, we have to adapt to new ways of doing business in this new millennium,” says Mark Tauber, senior vice president and publisher at HarperOne. “We believe that Meng’s book lays the groundwork for a new national conversation about work and what work means to us.”
But what is Mr. Tan’s ultimate goal? A Buddhist for many years, he says without irony that he wants to create world peace. “I was always very different from the other kids,” he says. “I have an I.Q. of 156. I didn’t play sports. I thought big. I thought I could achieve great things. I don’t want to sound megalomaniac, but my whole life is about doing something for the world, from as far back as I can remember.”
Born and raised in Singapore, Mr. Tan describes his childhood as “very unhappy.”
NEXT PAGE »

A version of this article appeared in print on April 29, 2012, on page BU1 of the New York edition with the headline: O.K., Google, Take a Deep Breath.

Posted by maggie@yogaplus at 9:38 AM No comments: