This is what Art and I have been eating for many years.

Cook with 1 1/2 cup of water, bring to boil and serve. You may add banana and any kind of fruits.

HEALTH NEWS from consumer reports
A bowl of cereal a day keeps hypertension at bay
Mar 24, 2011 10:29 AM


Men who start the day with cereal are 19 percent less likely to have high blood pressure than people don't have cereal for breakfast, according to a study presented this week at an American Heart Association meeting in Atlanta. Those who have two to six servings a week are 11 percent less likely to have elevated levels. In either case, people who opt for high-fiber varieties fare even better.


The study hasn't yet been published in a peer-reviewed journal, but it is part of the respected Physicians' Health Study and included approximately 17 years of follow up with some 13,400 participants.


Our tests of high-fiber cereals, show they don't have to taste like cardboard. Costco's Kirkland Signature and Kashi GoLean both did well in our taste tests. Look for products with at least 3 grams of fiber and no more than 4 grams of sugar per serving.


This study also underscores the importance of breakfast, which has been linked to other health benefits as well, including a healthy weight, controlled cholesterol and triglyceride levels, and improved sensitivity to insulin.


See our tips for other ways to control your blood pressure and the heart tests you need and those you don't.

Posted by maggie@yogaplus at 7:23 AM No comments:

Dear Yoga students,
In a recent yoga class we had a discussion about vitamin D. Here is a note about the benefits of vitamin D from ConsumerReportsHealth.org. You may subscribe to these reports at http://blogs.consumerreports.org/health/2011/02/vitamin-d-recommendations-can-vitamin-d-supplements-prevent-respiratory-infections-.html?EXTKEY=NH13S00H.

Vitamin D clearly helps build and maintain strong bones. And in recent years a number of articles have suggested, though not proved, that insufficient levels of the vitamin are also linked to everything from breast cancer and tuberculosis todepression and multiple sclerosis. Now a new study adds some more evidence for the vitamin’s role in preventing respiratory infections such as sinusitis and pneumonia to the list.

In the study, published this month in the Journal of Infectious Diseases, Finnish researchers divided a group of 164 young male military recruits into two groups. Half received a placebo and half got 400 international units (IU) of vitamin D. After six months, there was no difference between the groups in the percentage of people who reported symptoms, such as a cough, runny nose, or sore throat. But those who received the vitamin D supplement were significantly less likely to have missed duty because of respiratory infections than those who got a placebo.
Although more convincing studies are needed, what I found particularly interesting was the improved outcome with a fairly low dose of 400 IU a day. Last year, the Institute of Medicine raised the recommended levels of vitamin D to 600 IU a day for most adults and 800 a day for those 70 and older. Some experts recommend even higher amounts, up to 3,000 IU a day for people living in areas such as the Northeast, where people might not be able to make enough of the vitamin from exposure to ultraviolet light.

I would hesitate to recommend those higher doses, since the risks are still unclear, especially in patients with heart disease. Instead, I would stick with the new IOM guidelines. Of course, the best way to get vitamin D is through dietary sources, such as fortified milk and fatty fish such as salmon or sardines. Limited exposure to sunlight can also provide vitamin D, but talk with your doctor first, to assess your risk of skin cancer. Testing can make sense if you have symptoms your doctors suspects might be related to low levels of vitamin.

—Joseph Mosquera, M.D., is a board-certified physician also trained in integrative medicine, and a ConsumerReportsHealth.org adviser
Posted by maggie@yogaplus at 4:48 AM No comments:

Hello,
Below are the dates and the locations for the Body Massage Ball workshops for the month of March.
If you had attended a previous workshop before, this will be a good refresher. This time I intend to focus on the neck, shoulders, spine and buttocks. Please see below for details.
As you know, my work is largely through referrals, so please tell or forward this email to friends whom you think will be helped by this self massage technique. I also do one-on-one privates sessions for up three people. The fee is $60/hr for the group, that is, the fee may be shared by participants.
Please wear a tight fitted top and bring a yoga mat to class if you have one. I provide the balls but they are also available for purchase. (Please note I am not equipped to accept credit cards).
Thank you, and I look forward to seeing you.
Maggie
3/13   1:30-3:30 pm  $30   Little River Yoga 6399 Little River Turnpike, Alexandria. VA 22312. To enroll 703-203-8510  littleriveryoga@gmail.com
3/20  1:3 pm  $30     Yoga Plus Bethesda, MD. 20817. To enroll, 301-365-2424 maggie@yogaplus.com
3/26  1:30-3:30 pm  $30   Oleney yoga center 16650 Georgia Ave, Olney MD 20832-2418. To enroll 301-774-1961  peacefulpathyoga@comcast.net
3/27 1:00 - 3:00 pm    $30   Lifetime Fitness  1151 Seven Locks Rd. Rockville, MD 20854. 240- 314-7044
The objectives of this class are to demonstrate and teach the use of massage balls for achieving deep tissue massage, acupressure release and overall body flexibility. The focus will be on the neck, shoulders, spine and buttocks. The class will include:
*  Warm up movements to promote flexibility.
*  Stretching and strengthening of all regions of the upper torso including shoulders, spine and the abdominal and back muscles.
*  Using massage balls of various sizes and firmness, in combination with movements to promote spinal flexibility and deep tissue release.
The outcome will be a rejuvenated body with improved range of motion for daily tasks, the restoration of athletic flexibility and a decreased propensity for injuries. Participants will learn self-administered techniques for sustaining a healthy, flexible and pain free body.
Balls for the workshop will be provided and be available for purchase after the class.
Biography of Maggie Wong
I am now in my thirteenth year of a successful yoga practice in Washington metro area.  In addition to yoga, I trained in the use of body massage balls and over the years have developed my own techniques to improve the effectiveness of the balls. I have had scoliosis (abnormal spinal curvature) since childhood and use the balls daily to deal with actual and potential skeletal and muscular difficulties. I integrate my personal experience with my teaching practice.
See Videos
Click these links to observe videos produced by one of my students for the cross-fit community.
http://www.youtube.com/watch?v=dxY8fqgzeZc&feature=player_embedded
http://www.youtube.com/watch?v=z1eKFyA48Wsf

YouTube - Videos from this email
Posted by maggie@yogaplus at 6:32 AM No comments:

Jane Brody of NYTimes on how to take care of tendon pain.

For Tendon Pain, Think Beyond the Needle

Two time-honored remedies for injured tendons seem to be falling on their faces in well-designed clinical trials.
Enlarge This Image 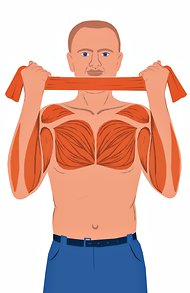